My photoblitz journey began at 6:21 pm in the HCC. 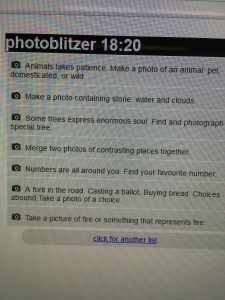 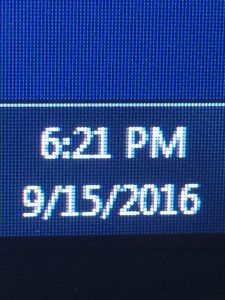 At first, I took a picture of a magnolia tree as a “soulful” tree (they’re my mother’s favorite). 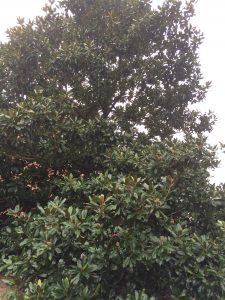 I knew I’d be hard-pressed to find fire on campus, so I opted to take a quick shot of a nearby fire hydrant. 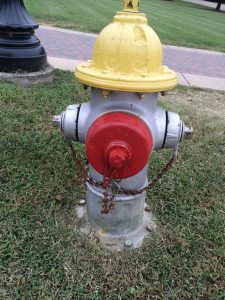 I immediately thought of the Jepson fountain as an image that would have clouds, water, and stone in the frame, so ran over to Jepson to take a quick shot. 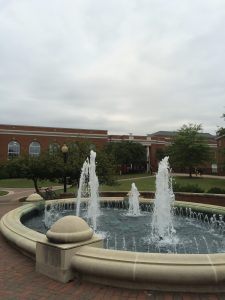 I wasn’t sure what to do for a picture merger, and thought I could perhaps capture two round images, so I quickly took a picture of a sewage lid. 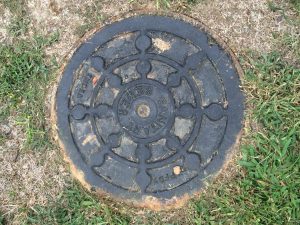 I then wandered on the paths beside Arrington, hoping perhaps to see a squirrel.  I spotted a bird but it quickly fled deeper into the woods.  I snapped a quick picture of it, but the thick foliage made it almost impossible to distinguish it. 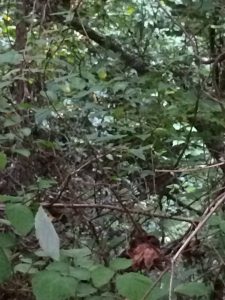 While in the woods, I noticed what appeared to be a much older, gnarlier tree that I chose to replace my “soulful” magnolia tree with. 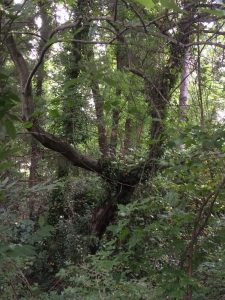 While wandering these paths, I also saw a construction sign that had a 7 in it (my favorite number). 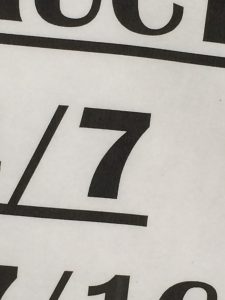 I then saw a straight metal pole next to a straight tree trunk which I felt could be merged in a nice contrast of artificiality vs nature.  I was unable to find a way to merge the two without serious post-editing (which seems to defeat the point of a 20 minute photoblitz, so essentially here are two contrasting, yet comparable images). 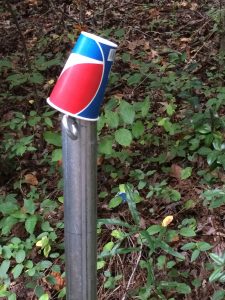 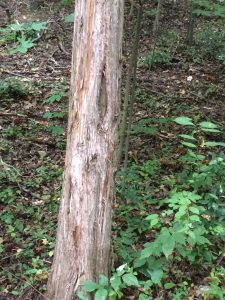 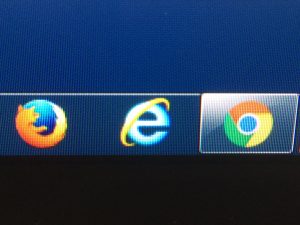 While by the computer, I saw a lady walking her dog, and quickly hurried outside to try to take a discreet/non-creepy picture of said pet. 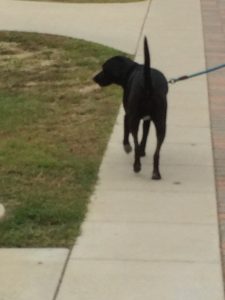 I then ran back inside and took a picture of a clock with the ending time, 6:38. 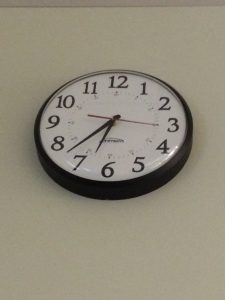 Overall, I really enjoyed the exercise.  The time limit added pressure that made the endeavor more exciting, as you couldn’t focus on perfection.  In some ways, this made the task much less stressful.  This is not to say the exercise wasn’t frustrating at times (especially with the finicky bird).  But overall, I felt that this was a fun way to encourage people to move around and look for interesting shots.