Despite some of the frustrations with GIMP, I still wanted to experiment some more with it.  I liked the idea of trying to make a drawing from a photo.  The photo I selected was the first Wonder Woman promo photo released on Gal Gadot’s twitter.  Being as her character is fairly ancient, it would be somewhat fitting to convert the photograph into a sketch.  I initially began exploring filters myself, and while I could find ones that make your photograph resemble an oil painting, etc., I could not find one that resembled a pencil drawing.  I conducted a google search, which eventually led me to this video.  This made life so much easier.  Previous I had followed step by step written instructions, which were helpful, but occasionally I’d get lost between steps.  By watching someone else demonstrate the process visually, I could more easily follow along and see exactly which choices were selected, etc., especially in regards to using layers and adjusting settings.  It seems to me that a lot of GIMP requires some trial and error, as I couldn’t get my photo to quite match the look of the tutorial’s example.  However, it’s a fairly good imitation, and the background in particular captures that pencil drawing look I was striving for. 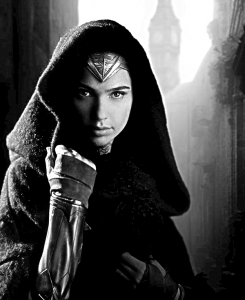